When we first introduced this wonderful LEGO museum and resource it was in an out-of-the-way warehouse facility at the edge of Prague. A bit hard to get to but worthwhile nevertheless, this massive LEGO exhibit has moved to the middle of Prague. Today, Czech Repubrick -- formerly "Brick Republic" is now just around the corner from Wenceslas Square, sharing basement space with Hamley's, the world's larget toy store. With its hundreds of exhibits and 15 million bricks employed in more than 21,000 square feet of display space, this massive collection is now open to the public year round. The attractions are still aimed at both children and their LEGO-loving parents, and a nominal entrance fee is still required to view the unique exhibits covering many historical buildings, monuments, as well as fantasy themes, trains, planes and automobiles. There is something for all ages here and it's a lot easier to find and get to than before. 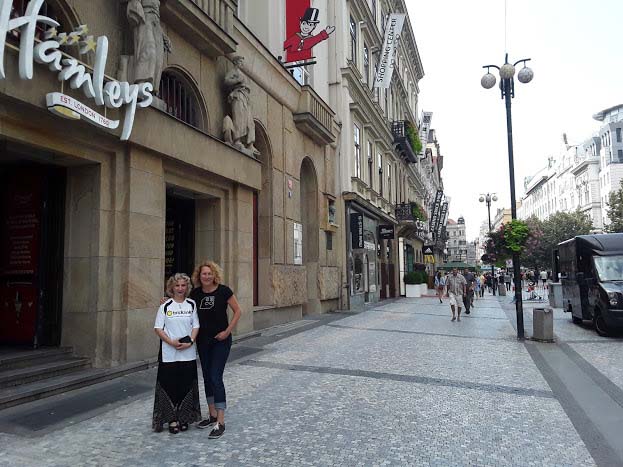 Eliska Jezkova (left) and Jana Slovakova of "Czech Repubrick" outside of Hamley's Toy Store, the new home of the massive LEGO museum and exhibit center in the middle of Prague. 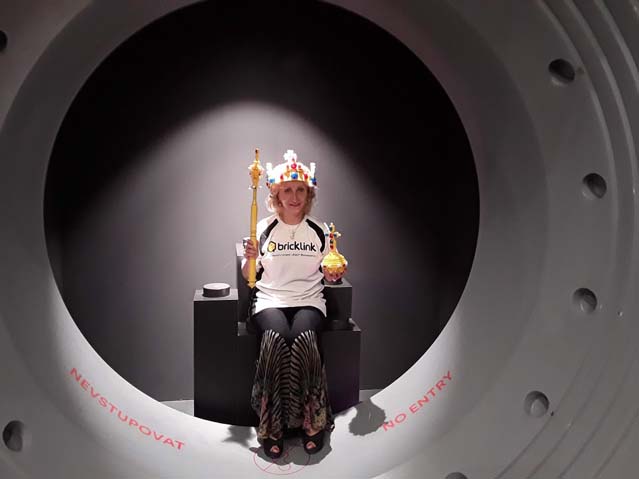 Czech Repubrick's basement home was once a bank. A LEGO MOC of the Empire's Crown Jewels is on display in, appropriately, a former vault. Eliska models them here. 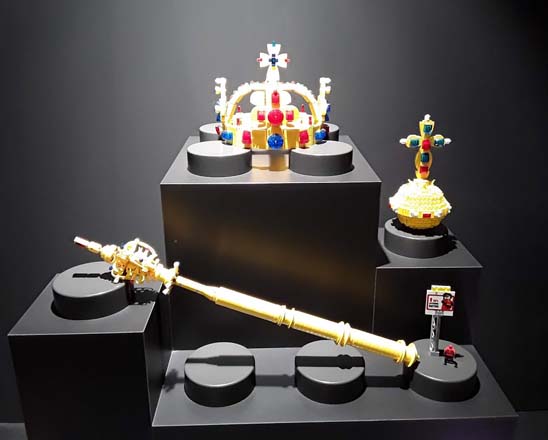 The Imperial Crown Jewels, in a LEGO sort of way. 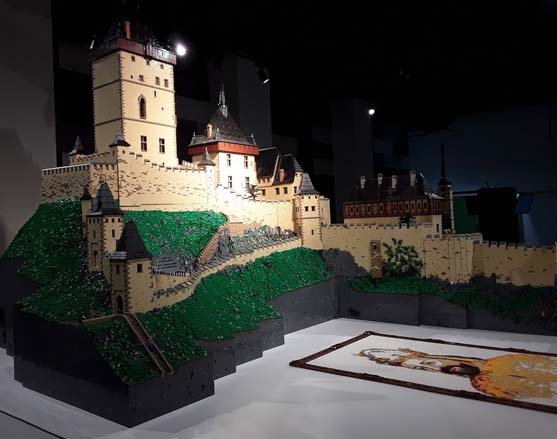 Karlstejn Castle was built in the 14th century by King Charles IV and served as the original home of the Crown Jewels. This recreation required 300,000 bricks to build. 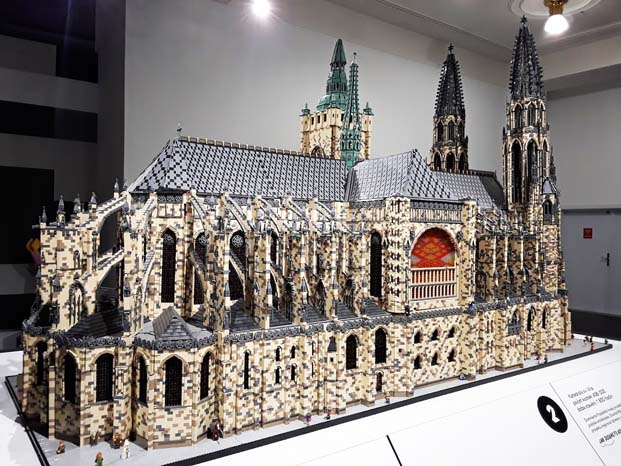 St. Vitus Cathedral, recreated here with 400,00 bricks, is a landmark associated with Prague Castle and is the current home of the Crown Jewels. 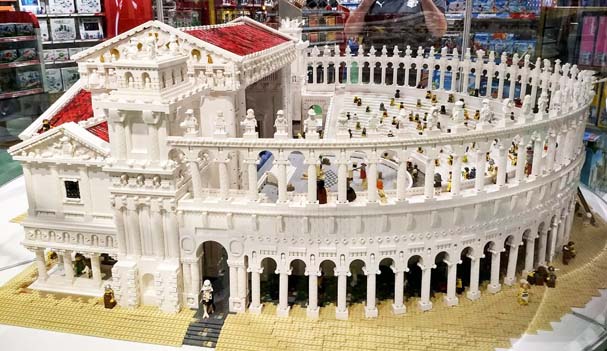 Ornate and detailed, this MOC of the Colosseum is a tribute to ancient Rome. 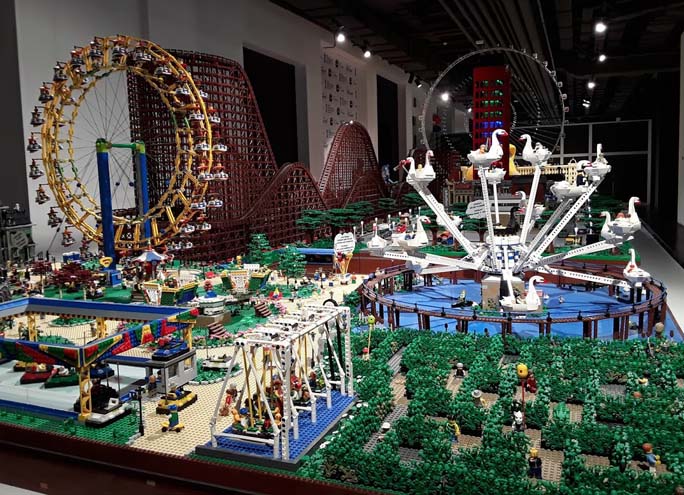 A complete amusement park, with 10 thrill rides including whirlawind, ferriswheel and rollercoaster and even a maze. 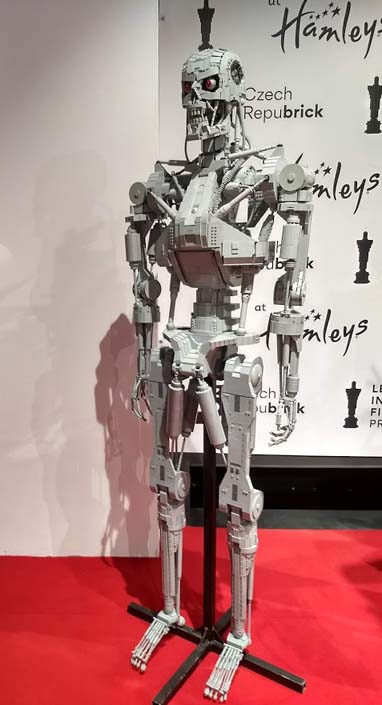 The Czech Repubrick has a few new displays as well, with this robo-skeleton being an example.

Something for kids and adults alike 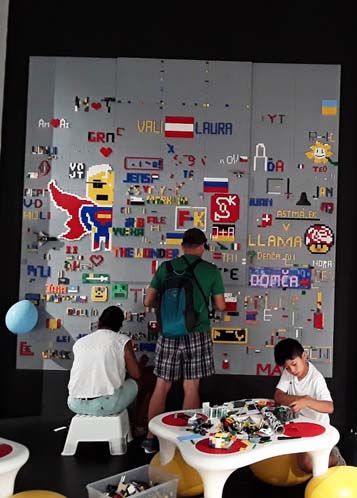 Of course the children's play area so popular in the former location has been carried forward here.

The recently remodeled National Museum is despicted above in a new model displayed at Czech Repubrick. 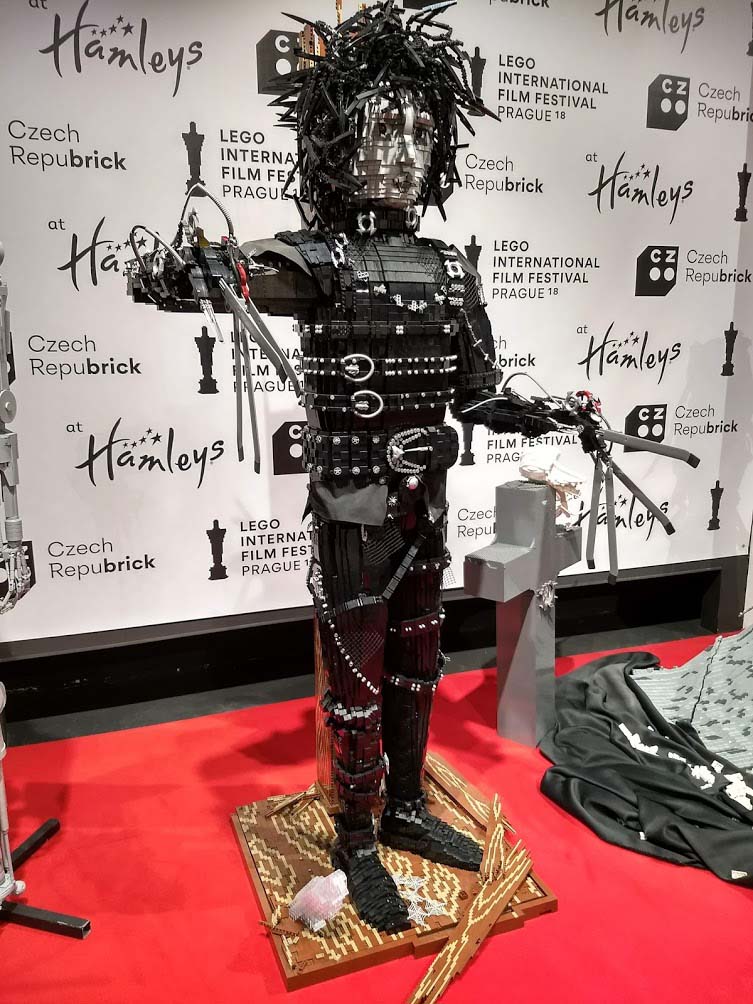 The character from the movie of the same name, Corpse Bride.

"Dancing House", one of Prague's most famous modern monuments is well recreated and on display.

Bear with us while Bruno plays his drum.

Snow White in search of her dwarfs.