When Eliska was visiting historic spots in her hometown Prague, Czech Republic, a year ago, she met a local LEGO designer and builder by chance encounter in a city garage. She came across Marek Mencl and Maria Zichackova, a work associate, loading LEGO sets in the trunk of their car. Eliska's curiosity got the best of her and she asked the two what the sets were for. That led to a conversation about a mutual love for LEGO and displays Marek was currently working on with, you guessed it, supplies secured from BrickLink. New acquaintance Marek, a self-professed longtime BrickLink member and user, was quick to proudly point out to her that the founder of BrickLink was Czech by birth, and grew up in Prague before moving to the United States to eventually found the world's largest online LEGO marketplace. "Yes, I know," Eliska said, "He was my son, Dan." Instant rapport!

Later, we were invited to take a trip to view first-hand what was keeping both Marek and Maria busy: a massive LEGO exhibit open to the public for the first time in Prague. It’s called “Brick Republic”. With its 300-plus exhibits and 15 million bricks employed in more than 21,000 square feet of display space, this massive collection is now open to the public three months out of the year, April 1 to June 30. Four previous showings of the world’s largest privately owned LEGO collection was centered in the vacation resort of Lake Lipno 130 miles to the south. The attraction, aimed at both children and their LEGO-loving parents, drew ever-increasing numbers during its annual run, thus organizers felt a need for more space and moved it to the nation’s capital. The unique exhibit is divided into 10 districts (historical/modern architecture, fantasy, brick express with trains, film and children’s play zone, brick army (17 thousand minifigs) and more. There is something for all ages here.

If in Prague in early summer, you will definitely want to visit Brick Republic and see what is building in the Czech Republic. . . . by the way, folks we met were quick to point out that Brick Republic would never have been possible without a website like BrickLink and a founder like Dan Jezek.

A visit to Brick Republic (brick-republic.cz) 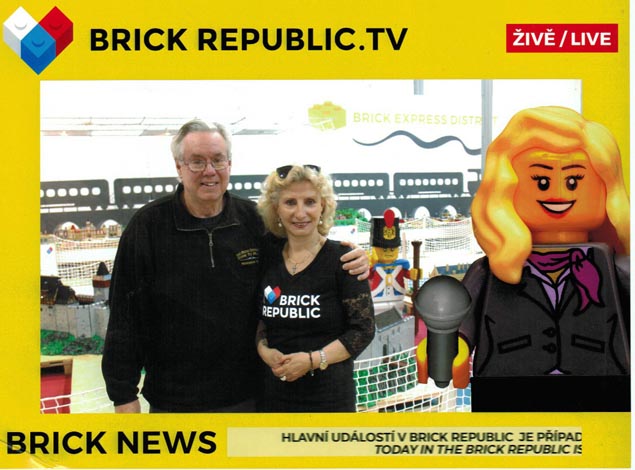 All visitors to Brick Republic can look forward to being immortalized with a souvenir of BRTV. 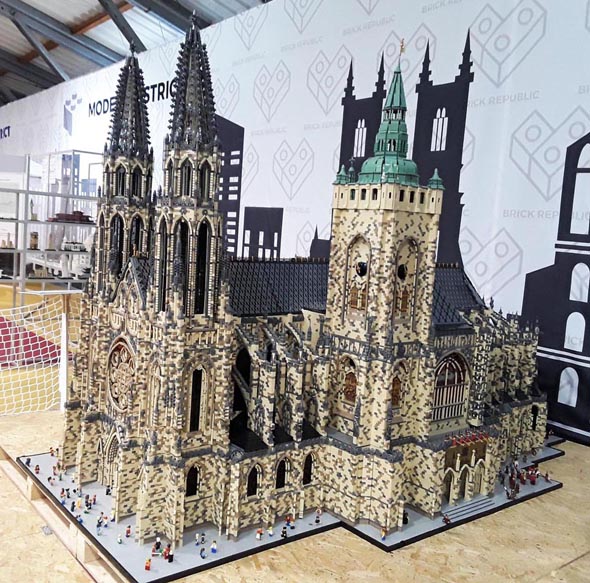 St. Vitus Cathedral dominates the skyline of Prague. The cathedral was built by John of Bohemia and his son, Charles, beginning in 1344. This model, a 1:400 scale, required 225 workdays and 400,000 bricks by its builder, Michal Horacek. 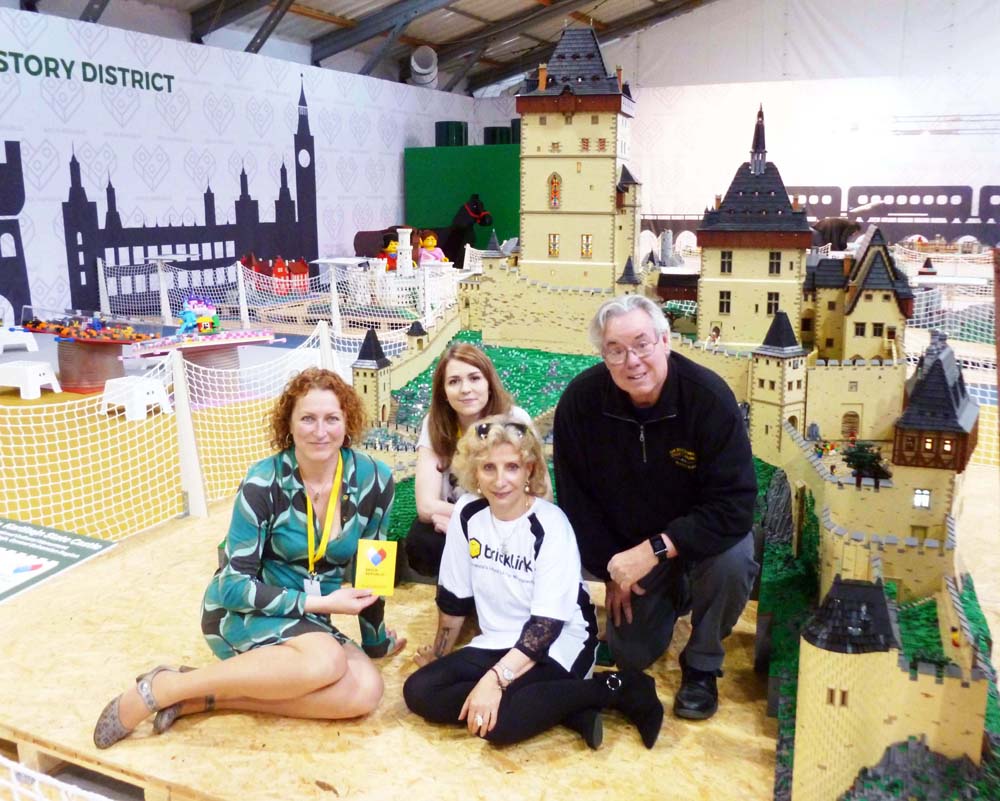 From Left: Jana Slovakova and Maria Zichackova of Brick Republic with Eliska Jezkova and Larry Hawthorne in front of a massive MOC of Karlstejn Castle (built by Czech King and Roman Emperor Charles IV in the 14th century). 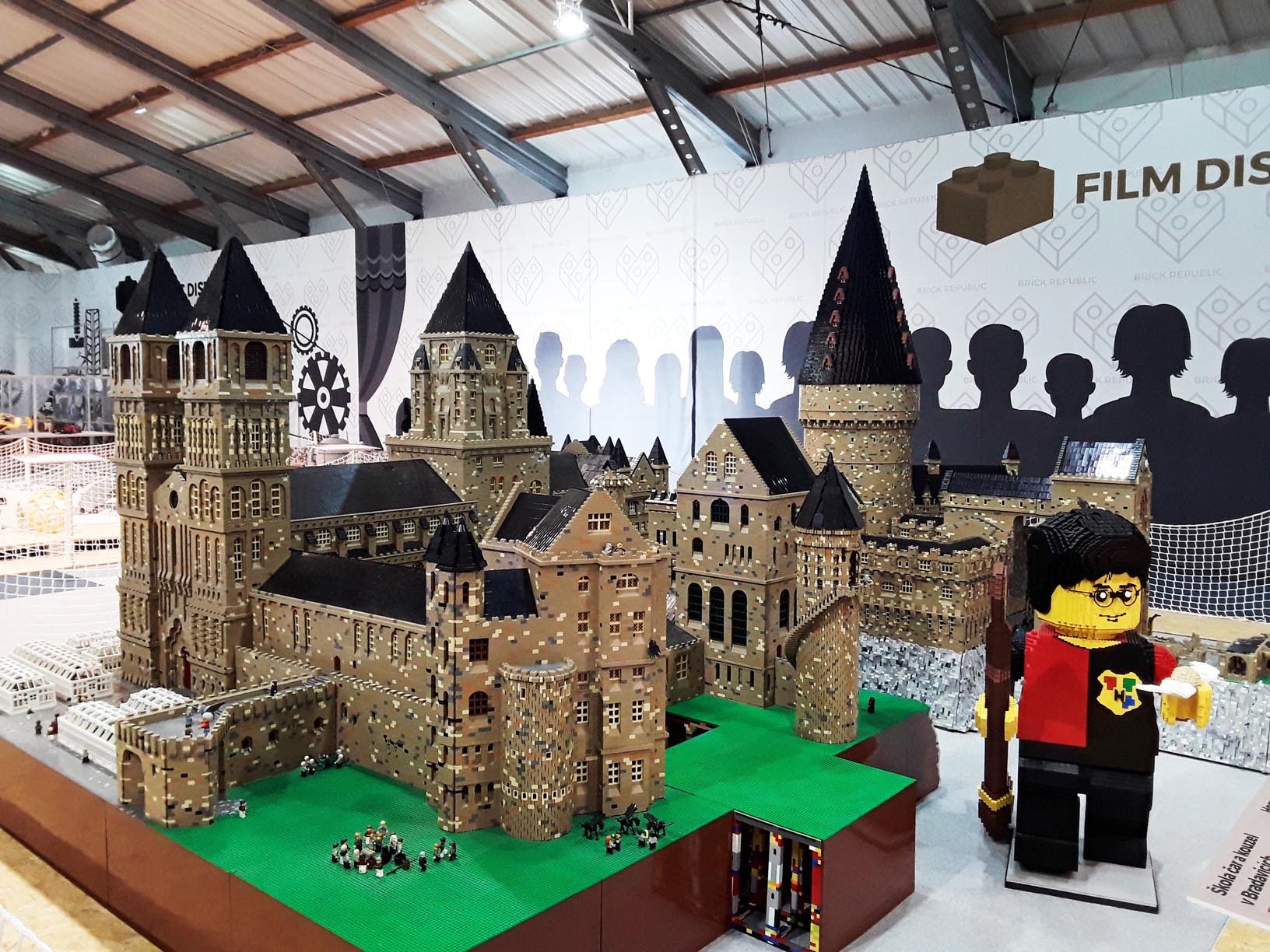 This Hogwarts (Harry Potter Witchcraft and Wizardry) MOC took a million bricks and more than a year in build time by its creator, Marek Mencl. 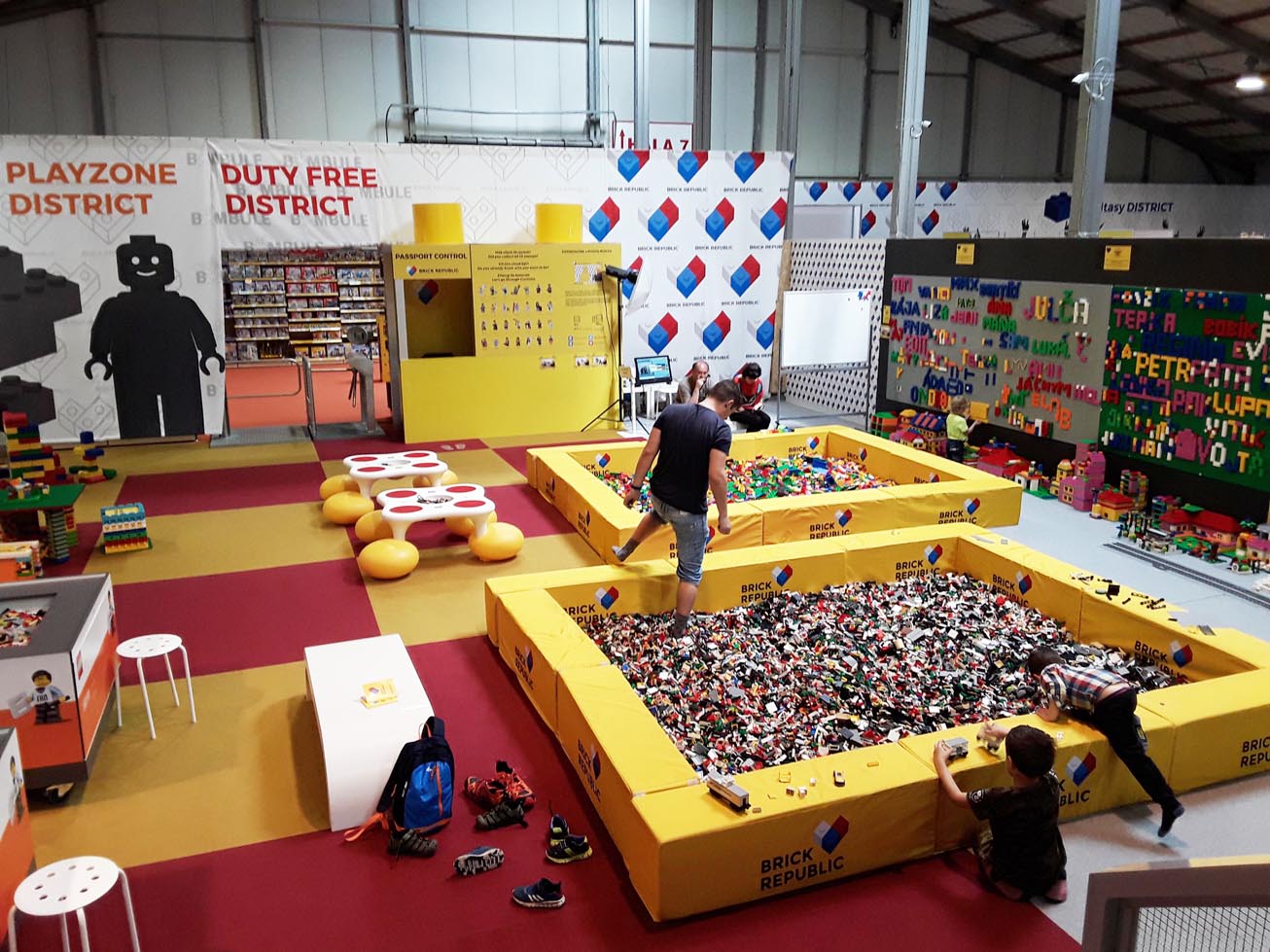 The open children’s play boxes are well stocked with thousands of bricks to keep the kids busy at Brick Republic. 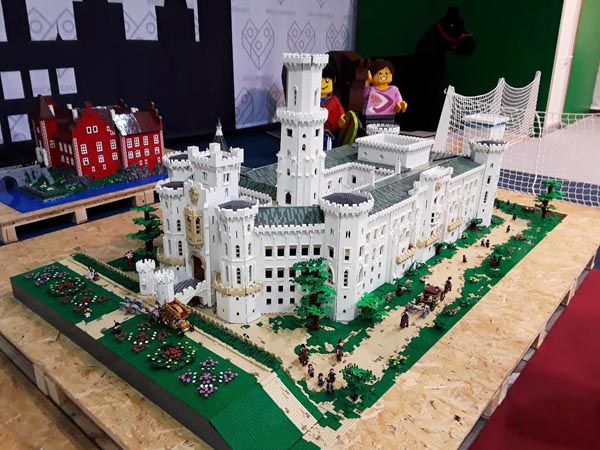 Hluboka Chateau, recreated here with more than 100 thousand bricks, is one of the most popular tourist attractions in the Czech Republic. 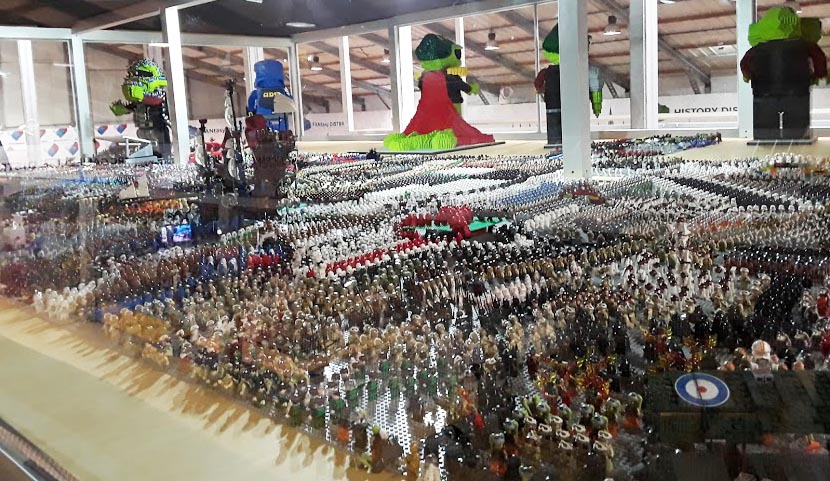 The Brick Army is an invasion of more than 17,000 minifigs. 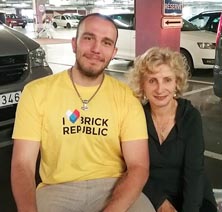 Marek Mencl and Eliska Jezkova met by chance in a Prague garage. It led to a conversation about BrickLink and displays Marek was working on, currently on exhibit for the first time in the Czech capital. 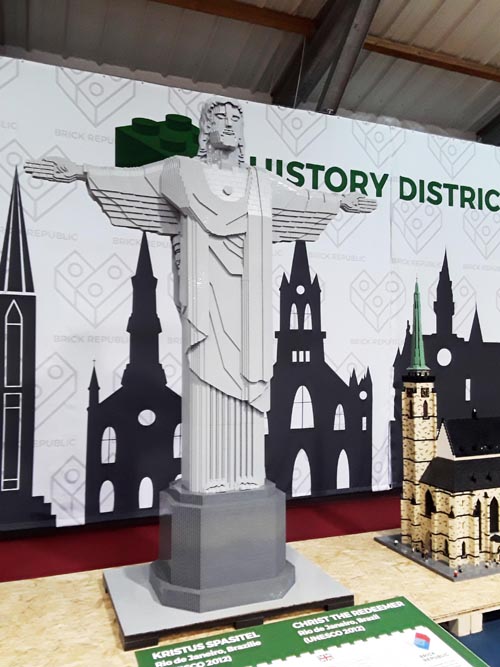 "Christ the Redeemer" statue in Rio de Janeiro, Brazil has a duplicate LEGO representation on display at Brick Republic. 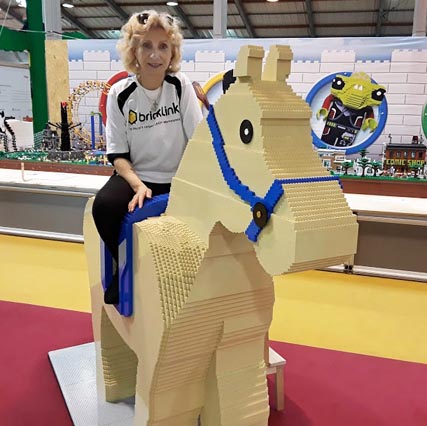 Eliska on a sturdy steed made of bricks.

Avast Maties! A pirate with a BrickLink parrot on his shoulder fends off a creepy crawler, interested, no doubt, in his stolen booty. 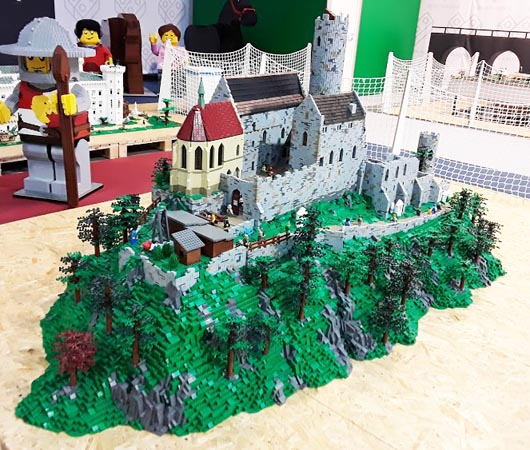 The Gothic Bezdez Castle, near Lake Macha, is an important castle in Czech history. Dating back to 1264, it's one of the few remaining today in its original form, never having undergone alteration. 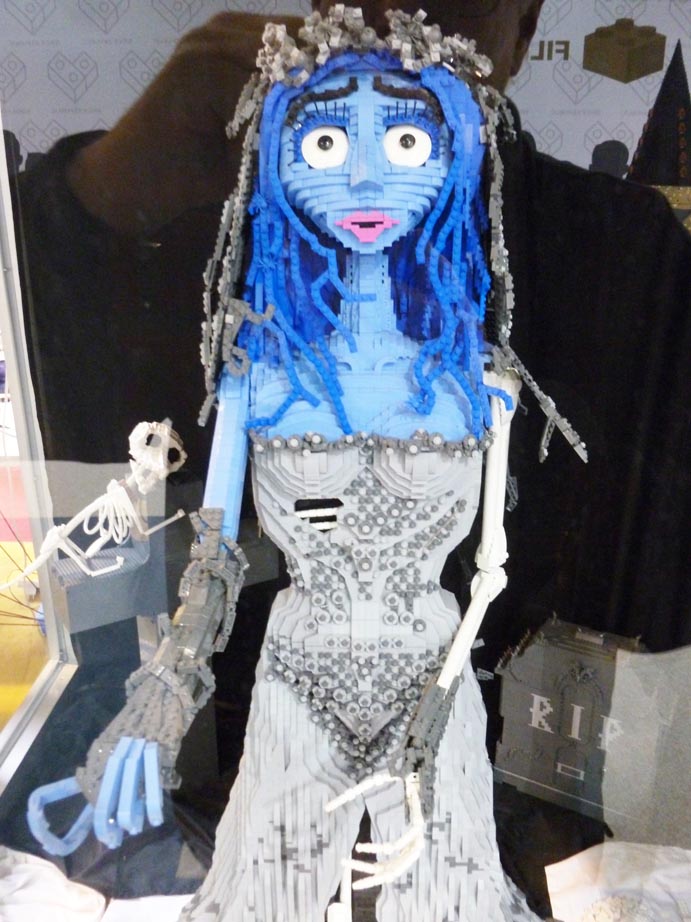 Corpse Bride, by American director Tim Burton, is a 2005 animated film, based on an old Russian folk tale. This rendition took 94 days and 97,000 bricks to complete. 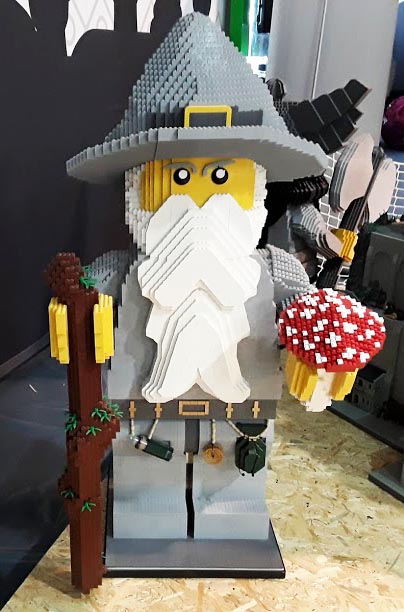 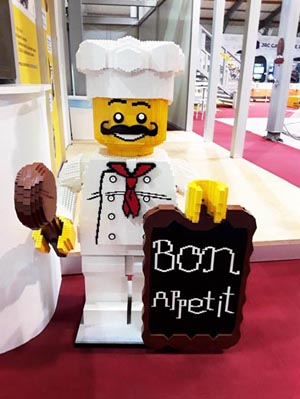 The Brick Chef welcomes hungry visitors with a “Bon Apetit” at the Brick Republic snack bar.