Brickvention, Melbourne, Australia is the best down-under LEGO event imaginable. We first visited in 2014 and were so welcomed by the AAFOLs (that's Australian Adult Fans of LEGO) we've been happy to make it a must-do annual event. We met so many people in person that we had previously only known through e-mail and their activities on BL. It was truly an honor to thank them personally for their support and loyalty to BrickLink. They were all so appreciative of what Dan created we were proud to join them and continue to do so each year when possible.

This is no amateur event. Designers and builders abound in and around Melbourne, and throughout Australia. They put on quite a show and attract many thousands of other builders and the general public. The event has grown in such huge proportions that a Victorian era historical exhibition building in the heart of Melbourne is hardly large enough to house it all. Massive crowds show up in hourly groups and are shuttled into the massive hall, with scheduled viewing hours in order to handle the enormous gatherings. Here are some photos of this wonderful event:

Brickvention in Melbourne, Australia attracts more than 20,000 attendees in the Royal Exhibition Center. 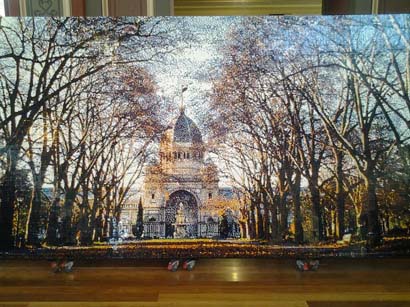 This mosaic was a product of hundreds of Brickvention attendees, each of whom contributed a brick to the artwork. 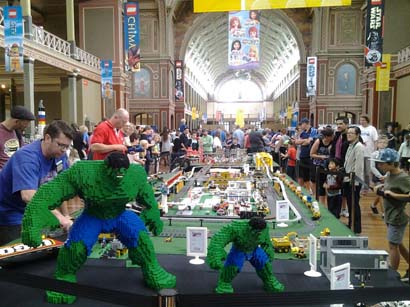 Incredible Hulks
in varying sizes were part of an incredible collection of
MOCs at Brickvention Melbourne. 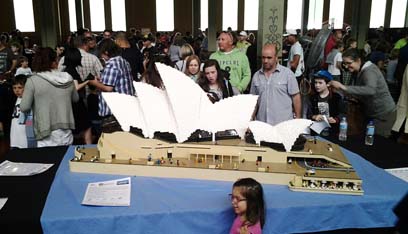 A MOC of the famous Sydney Opera House and Sydney Harbor was a crowd-pleaser. 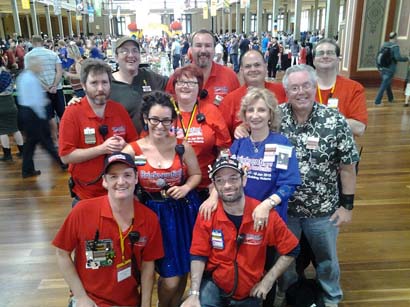 The group of Brickvention organizers did a magnificent job to put on the Expo for 2015. 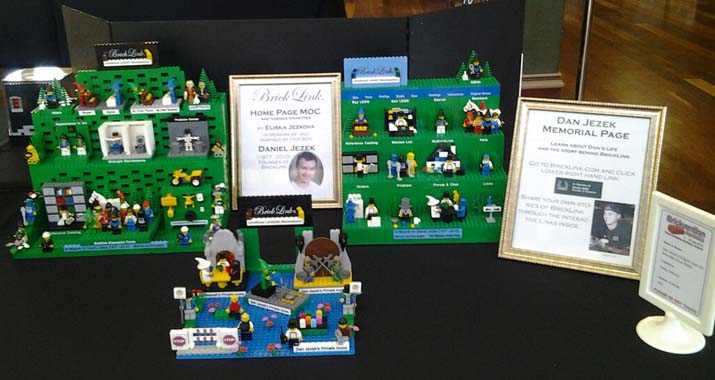 Eliska's first exhibition for Brickvention was a combination of the Front Page MOC, the Inside the Website vignettes MOC, and a series of vignettes with various icons from Dan's private folders. 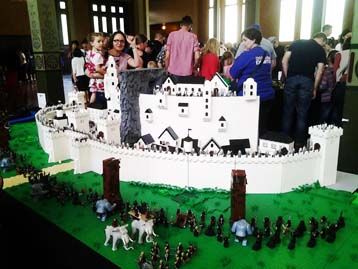 A Castle MOC, complete with moat and exotic animals. 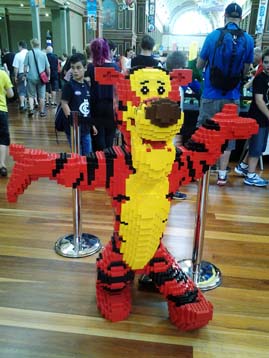 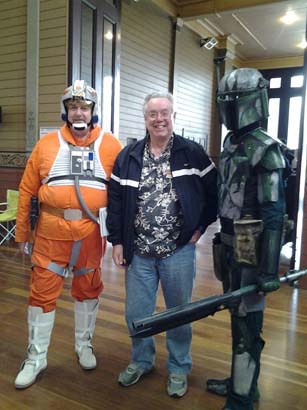 Three startroopers, only two in uniform. 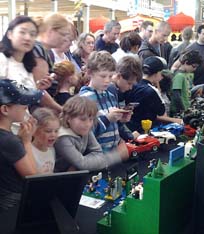 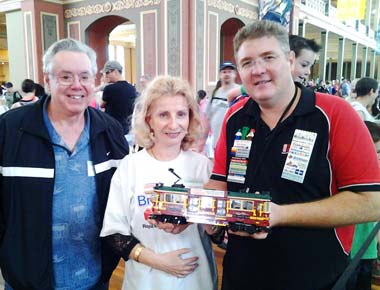 Rob Deakin (r) runs his Australia-based "Inside the Brick," a business that helps kids be more creative through LEGO, along with print on brick services that helped Eliska with her BL Front Page MOC. 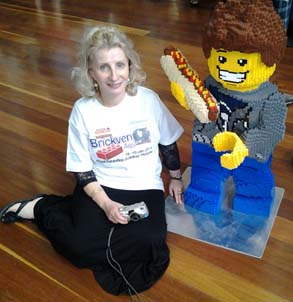 Eliska with the "Sandwich Man" during a break. 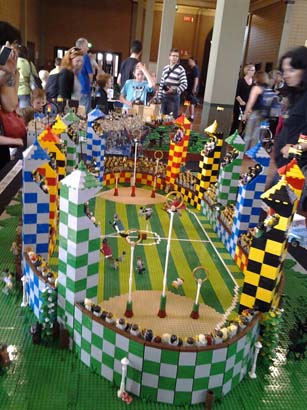 An award winner at Brickvention 2015.

A Startrooper helps reunite a child with his lost parents.