Brickworld, Chicago (Schaumburg, IL) has been an annual visit for us for the past three years, and we were honored to attend once again, as an event sponsor and exhibitor. With over 100,000 sq. feet display space, it's quite a show. Anything and everything LEGO is in evidence each year around the middle of June. Bryan and Kathie Bonahoom gather a team of scores of volunteers and coordinators to host five days of LEGO MOCs, games, contests and presentations for AFOLs and LEGO fanatics around the world. Saturday and Sunday are reserved for the general public, with more than 15,000 of the public and 870 LEGO artists, builders and designers.

We also participated in the Friday night Esther Walner Memorial Charity fundraiser and auction. For a third year, Eliska's memorial MOC of the original BrickLink front page was auctioned off to raise even more donations in the name of her son, Dan. The lucky winner this year was Jay Kim, of BrickLink. If that sounds like one heck of a coincidence, well, it was all for charity, and that is what counts.

This year we displayed our banner announcing this website and were able to station it at the entrance to Brickworld 2016.

It was a terrific opportunity to again meet so many AFOLs, almost all of whom, are regular members of BrickLink. We also had a chance to break bread with the BrickLink gang at dinner one evening. This year, the BL team actively took to the convention center floor to provide hands-on demonstrations of the new BrickLink Studio MOC-building software, currently in beta.

Here are some photos from this year's Brickworld convention and expo, which ran June 15-19.

Huge crowd arrives at public session for Brickworld 2016. This is a small portion of some 15,000 who attended over the two-day public sessions.

Tim Kaebisch stands proudly behind his MOC of Miller Park in Milwaukee. Tim's homtown major league baseball team, the Brewers, have found a new home there and Tim found his artistic brick rendition generating a lot of buzz at Brickworld 2016. 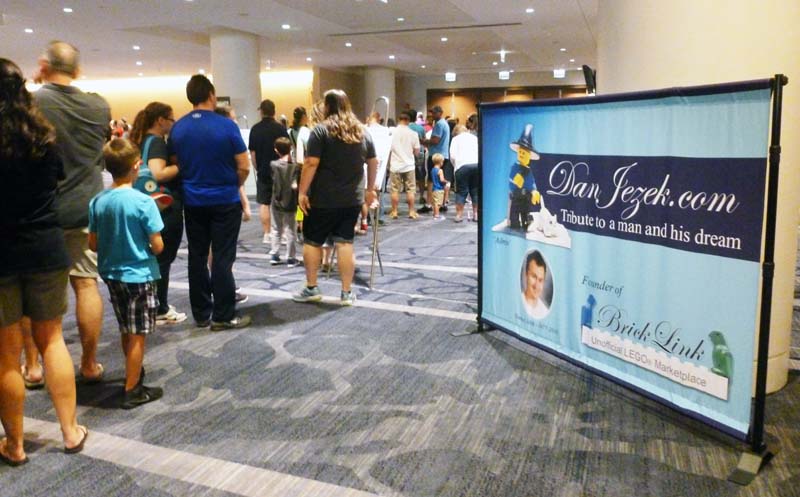 We set up our display to announce the new blog dedicated to the life, legacy and memory of our son, Dan Jezek, the founder of BrickLink.com. Crowds filing into Brickworld 2016 were greeted first by the news of the website launch. 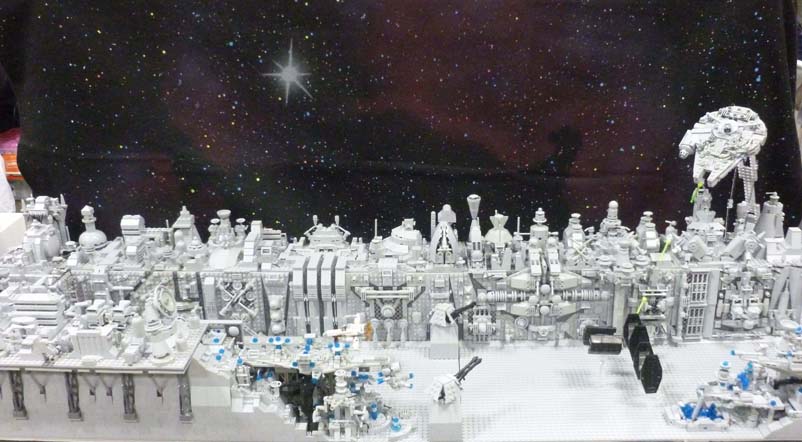 Starwars and a galaxy far, far away. 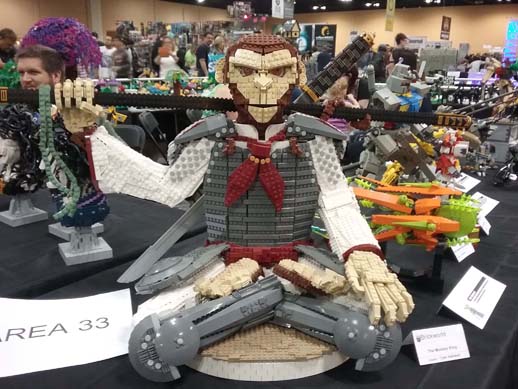 The Monkey King was created in great brick detail. 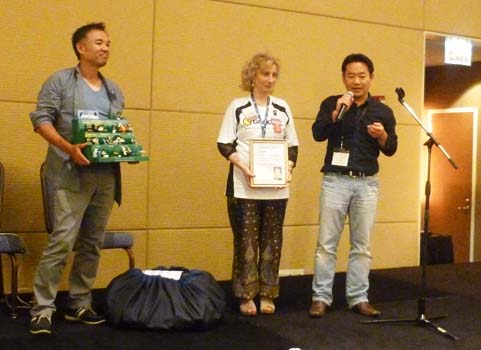 Jay Kim (left), CEO of BrickLink.com, holds the result of his successful bid at the annual Friday night charity auction as part of Brickworld 2016. Stage right are Eliska Jezkova, the BrickLink front page MOC creator, and Marvin Park, head of BrickLink design. The original BL Home Page MOC was built by Eliska several years ago in memory of her son, Dan Jezek, the founder of BrickLink. This year marked the third successful auction of the homepage MOC. It will be displayed at the BrickLink headquarters in Irvine, Calif. for a year and then returned to be auctioned again next year. To date, the MOC has changed hands three times and generated more than $10,000 in donations to help kids and encourage interest in LEGO. This year's auction raised more than $25,000 for worthy causes. 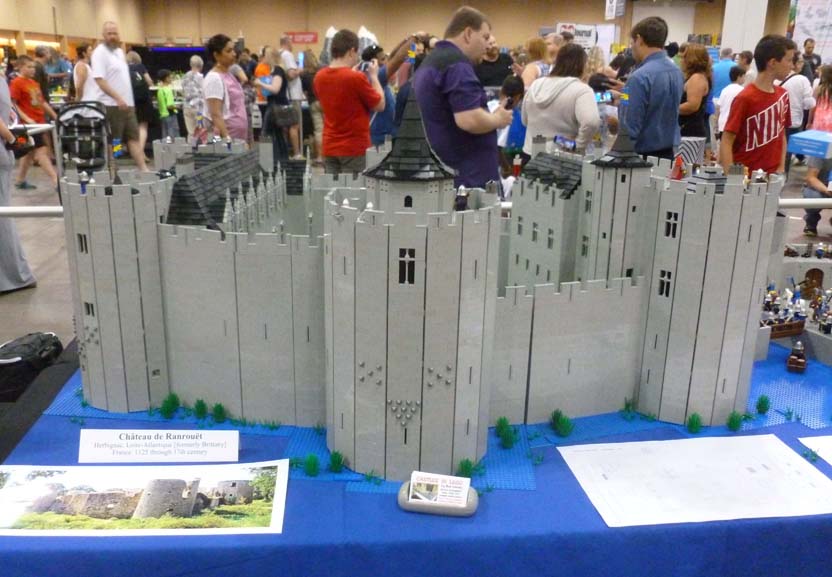 Chateau Ranouet in Rance was duplicated in intense detail for this creative MOC. 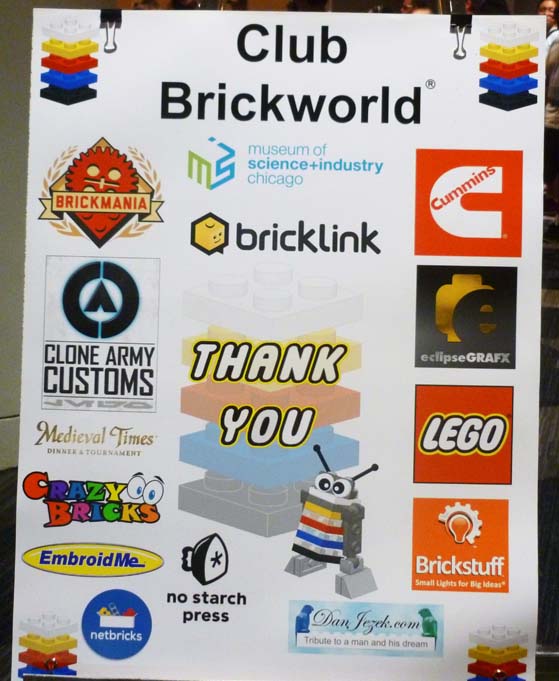 We were proud to join the list of sponsors for this year's event. That's us bottom right, for danjezek.com. 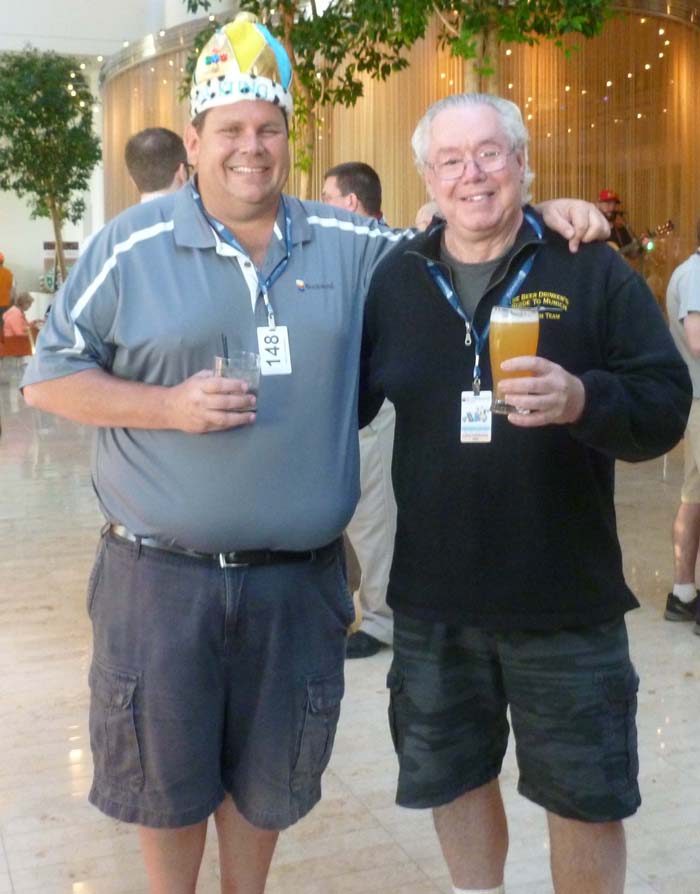 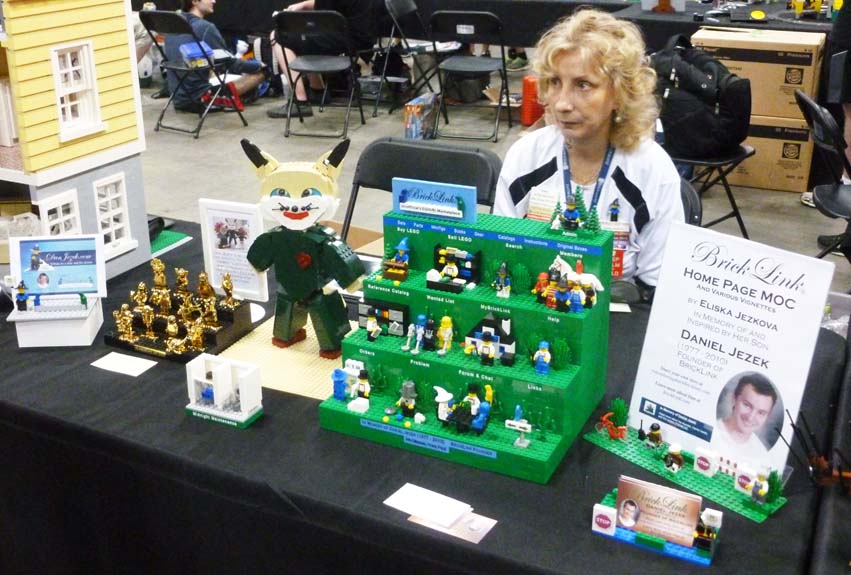 Eliska displayed her memorial MOC along with several vignettes of BrickLink scenes. 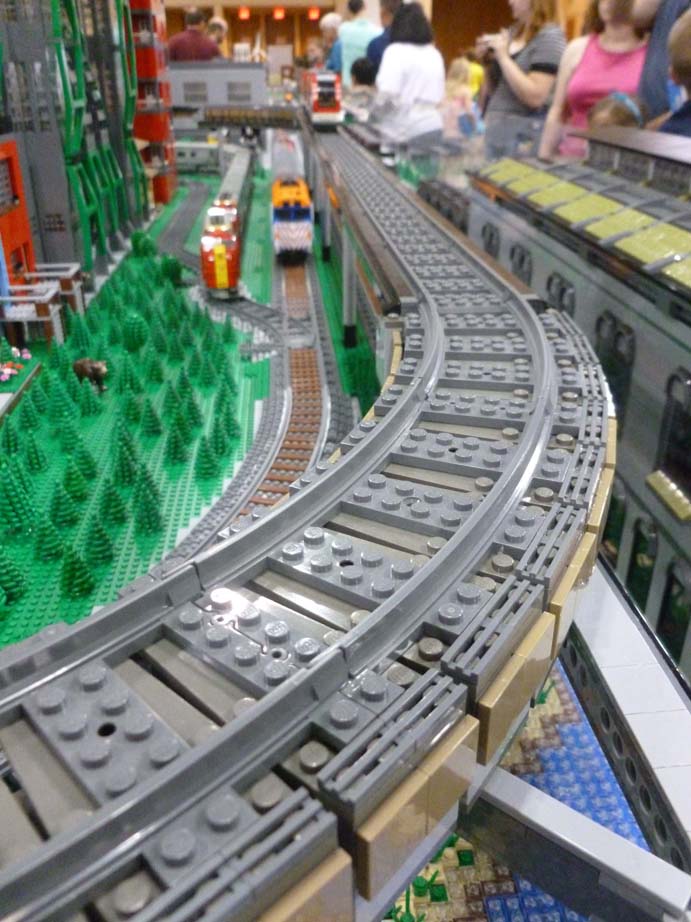 Trains and their backdrops are always a popular expo and this year was no exception. 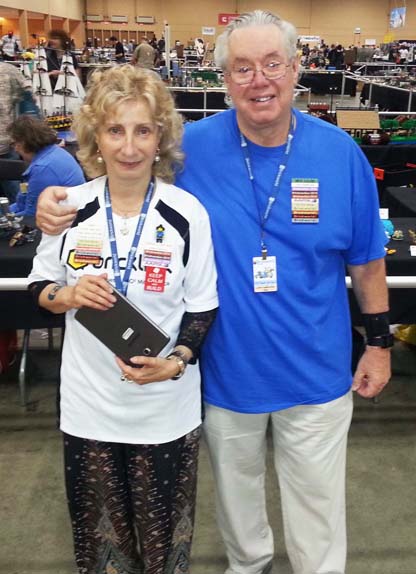 Larry and Eliska for our fourth time at Brickworld Chicago. 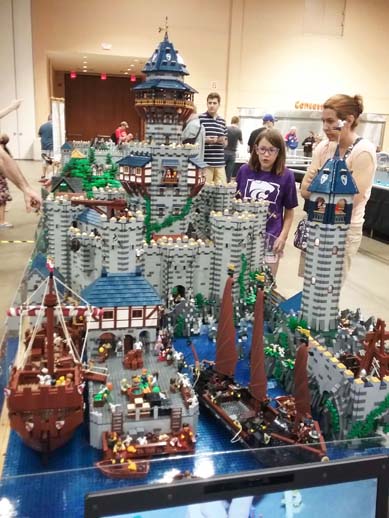 An award winner at Brickworld 2016. 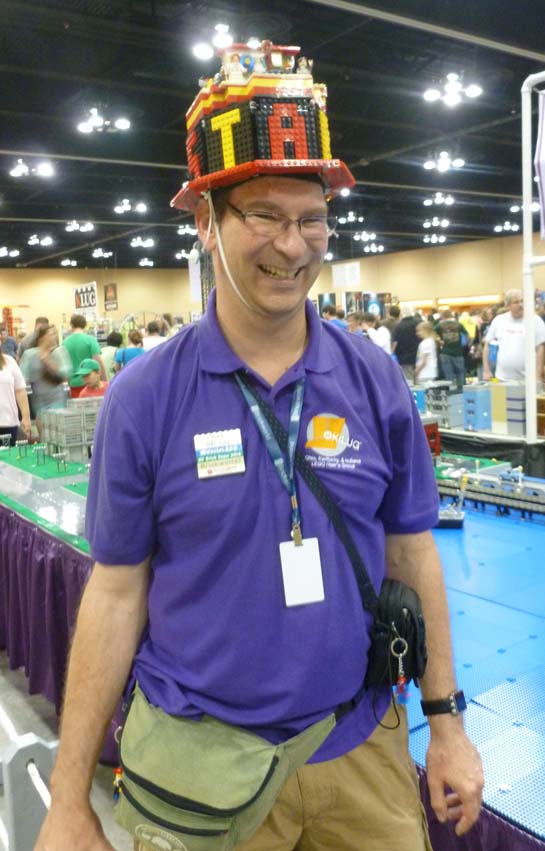 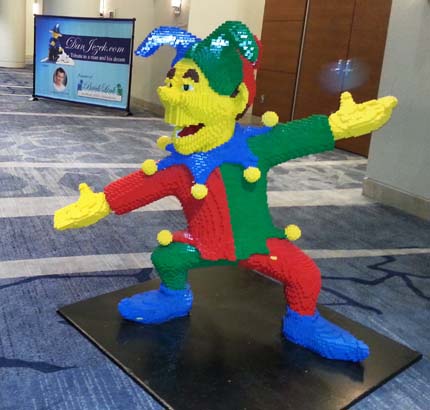